Nuclear News from New York: Update from Week 1 of the 2022 NPT Review Conference 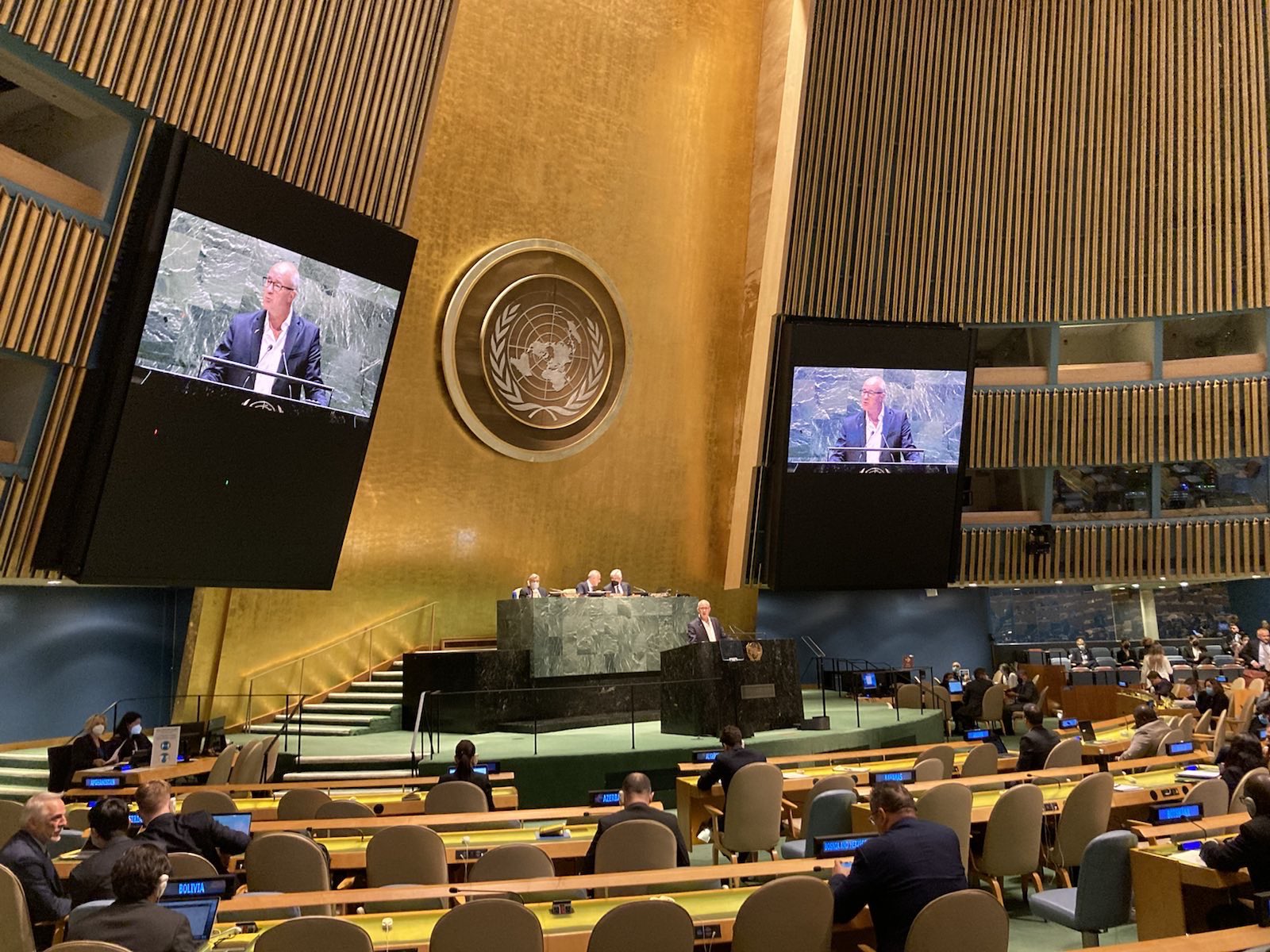 On 1 August 2022, the 10th Review Conference for the Nuclear Non-Proliferation Treaty (NPT) kicked off at the United Nations in New York. For the last five decades, the NPT has been one of the main international agreements governing nuclear weapons matters. It is designed to prevent the proliferation of nuclear weapons, provide a path to nuclear disarmament, and facilitate the peaceful uses of nuclear technology.

NPT Review Conferences take place every five years and are times when the international community can come together to check whether states have been complying with the terms of the treaty and develop initiatives to further the treaty’s aims and objectives.

This Review Conference is taking place at a point in history when tensions around nuclear weapons matters are running extremely high. There is a litany of worries including great concern about Russia’s invasion of Ukraine and the possibility that it may use nuclear weapons in the conflict, apprehension about Iran’s nuclear programme, new questions over Australia’s bid to develop nuclear-powered submarines under AUKUS, and deep disquiet about efforts by the nuclear weapon states to enhance and modernise their nuclear weapons. Many of these issues pose grave risks to the NPT and make for fraught and very challenging negotiation conditions.

Week one of the Review Conference was dominated by opening statements from states parties to the NPT. Aotearoa New Zealand used its time on podium to deliver an unambiguous message about the need for states parties to the NPT to work towards a nuclear weapon free world. Speaking on the first day, Minister for Disarmament and Arms Control, Phil Twyford, ‘ma[de] no apology that [Aotearoa New Zealand’s] primary concern is the pursuit of a credible outcome on disarmament’. He warned that the NPT states parties were in ‘real danger of moving backwards’ when it comes to ridding the world of nuclear weapons and called out the nuclear weapons states for failing to implement past disarmament promises. He further stressed that ‘[p]rogress on disarmament cannot be deferred any longer’ and dismissed the idea that the instability and insecurity plaguing the world at the moment was a reason to delay real action.

Aotearoa New Zealand’s statement was very well received by many states in the room, and, across the course of the week, those committed to a nuclear weapon free world have made a point of complimenting its strong, decisive disarmament message. Encouragingly, Aotearoa New Zealand was far from the only state to call for urgent action on the disarmament front with concerns about the lack of progress in recent years and robust calls for concrete disarmament measures coming from many corners of the room.

However, the path to progress on disarmament is an extraordinarily challenging one. While the nuclear weapons states pay lip service to the importance of disarmament, there is little indication they are prepared to turn their words into significant action. One small glimmer of hope was that the United States indicated in its opening statement its ‘readiness to negotiate expeditiously a framework to replace New START, if Russia is prepared to operate in good faith’. This would be an important step forward but much more is needed. Aotearoa New Zealand will be doing its utmost over the remaining three weeks of the Review Conference to advance the goal of nuclear disarmament.

Hear more from Dr. Hood at our online event next week. Register for the event through Event Brite here.