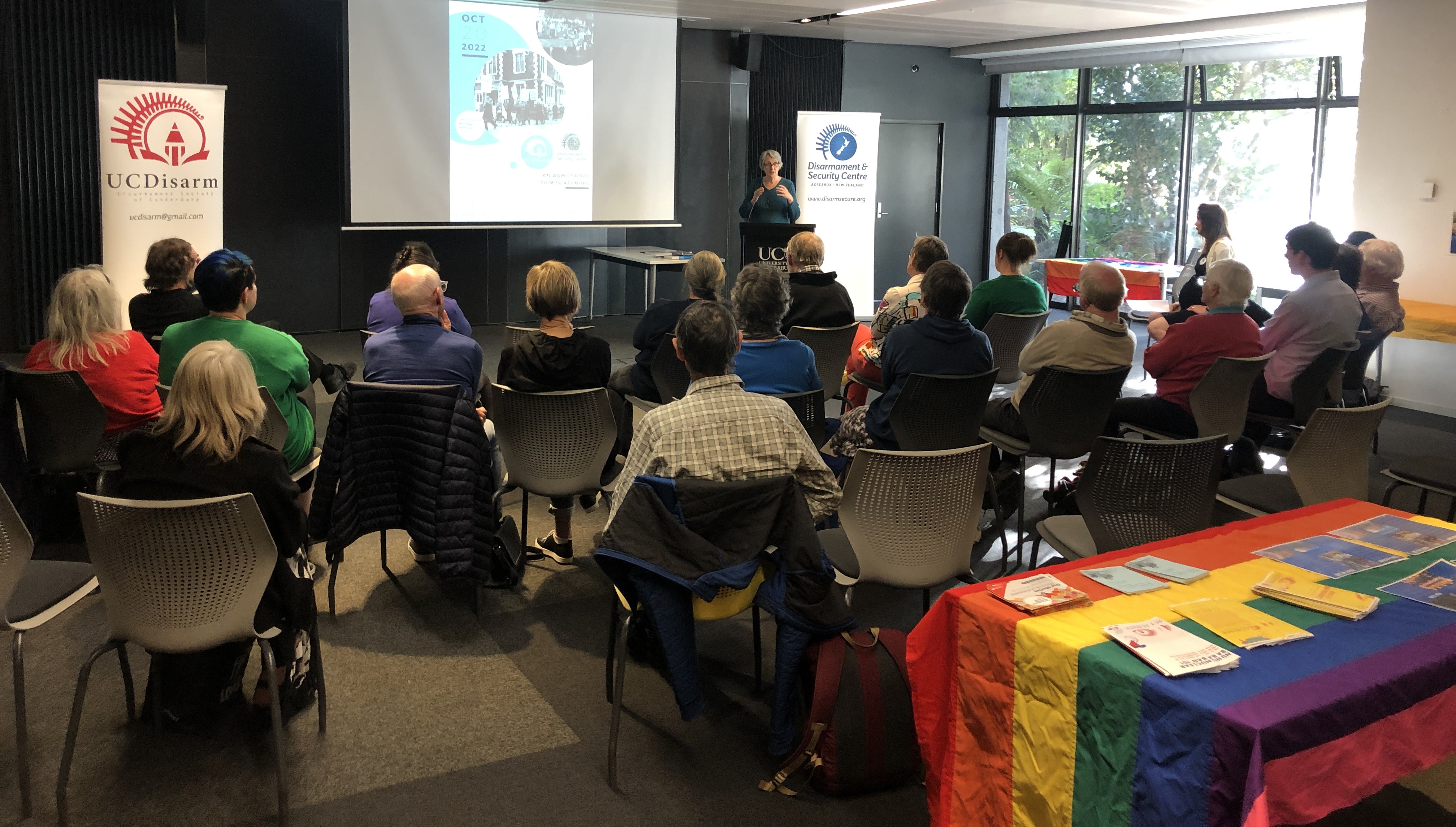 Often seen as a conservative city, Ōtautahi (Christchurch), has a rich history of social activism and conscientiousness for peace, social justice, and equality. Last Thursday evening we took a journey through the history of peace and nuclear disarmament activism in Ōtautahi, New Zealand’s first peace city, with an annotated film showing as part of the Ōtautahi Christchurch City Council Heritage Festival.

The evening was an opportunity to celebrate those who have paved the way for the peace and disarmament movements while considering the next steps locally, regionally, and globally. From Ōtautahi based Elsie Locke and Mary Woodward championing for peace and nuclear disarmament as early as the 1950s to the Aotearoa wide nuclear-free activism, which feed into the Te Moana Nui a Kiva (the Pacific Ocean) regional action. Then to the global stage at the International Justice Court and most recently the United Nations General Assembly and the continuing ratification of the Treaty on the prohibition of nuclear weapons.

As we look to the past we are inspired to continue advocating and educating disarmament locally, regionally, and globally. Small acts and movements, which started around the kitchen table, grew to take on powerful states and hold them to account – for the benefit and protection of all peoples and our physical world.

Thank you to everyone who attended the evening and participated in the discussions. The event was a collaboration between the Disarmament and Security Centre and the UCDISARM (Campus Club).

You can watch the films from which clips were shown by clicking on the titles below.

Ōtautahi | Christchurch as a Peace City

Treaty on the prohibition of nuclear weapons