Nuclear News from New York: Update from the Start of Week 4 of the 2022 NPT Review Conference 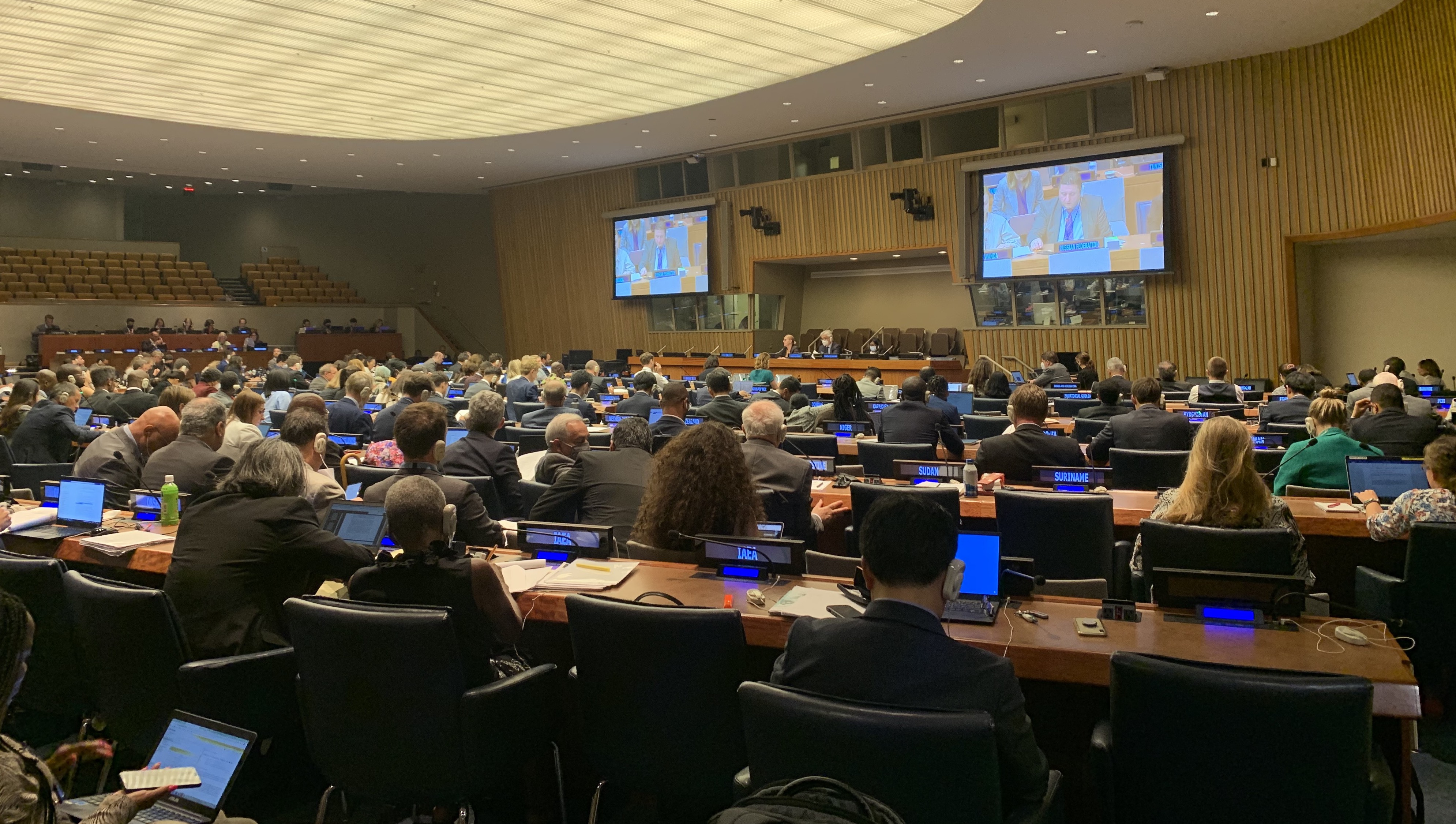 We are into the final week of the Nuclear Non-Proliferation Treaty (NPT) Review Conference negotiations and there is still a lot to play for over here. Across weeks two and three of the conference, multiple meetings and negotiations were held around the NPT’s three key pillars: nuclear disarmament, nuclear non-proliferation and the peaceful uses of nuclear technology.  On Monday, the people who had chaired the discussions under each pillar reported back to the President and Conference as a whole and it was clear that there was no agreed text for any of the pillars.

This does not mean that no progress has been made. In the UN’s meetings rooms, states have worked hard to iron out a number of issues in each of the three pillars and some matters have been agreed. However, there is a host of prominent issues that continue to divide states parties and make achieving overall agreement challenging. These issues include:

·      what should be said about AUKUS and issues concerning naval nuclear propulsion.

When the states parties to the NPT came together on Monday afternoon, there were varying assessments as to how far theConference is from achieving a consensus document. The United States stated that ‘we’re not exactly close to a consensus outcome document but I also believe we’re not far’. Others, however, were less optimistic. There were frustrations aired about how some issues had been handled. For example, Iran expressed concern that they (and numerous other Middle Eastern states) had been excluded from the negotiations around the development of Middle East Zone Free of Nuclear Weapons and Other Weapons of Mass Destruction. There was also concern at the lack of progress on moving towards concrete steps for nuclear disarmament. This worry was articulated most eloquently by Kiribati’sAmbassador who highlighted that ‘the majority of countries are talking about the way forward’ but ‘some are dragging their feet’. He went on to quip that if we were not going to make further progress on nuclear disarmament, what’s the point in Kiribati remaining in the NPT. And you can understand his frustration.

Amongst the concerns and frustrations aired on Monday afternoon, there were a few bright spots. In particular, 144 countries (including New Zealand) joined a statement that highlighted the humanitarian consequences of nuclear weapons. Costa Rica read the statement to the full Conference in the afternoon. It was an important reminder of just why working towards nuclear disarmament is so essential and it was encouraging to see such a large number of states join the statement.

What is more, despite the difficulties that exist, there is a strong desire across the board to find a way forward and delegations are working extremely hard to address the problems vexing the negotiations. Late on Monday night, the President issued a Draft Final Document. This draft document contains proposed text on all three pillars of the NPT, is informed by the work that has been done across the last couple of weeks and is designed to provide a framework for the last few days of the negotiations. It is encouraging to see that (despite the objections of some delegations) there are still strong references to the Treaty on the Prohibition of Nuclear Weapons, the catastrophic humanitarian consequences of nuclear weapons and the need for measures to strengthen ‘accountability through enhanced transparency and measurability of the implementation of nuclear disarmament obligations and commitments’. New Zealand and other delegations who have strong interest in nuclear disarmament will be working to keep this language in the Final Document and to help resolve the other difficulties and challenges that exist. I’ll provide a final update of where everything has got to once negotiations wrap at the end of the week.