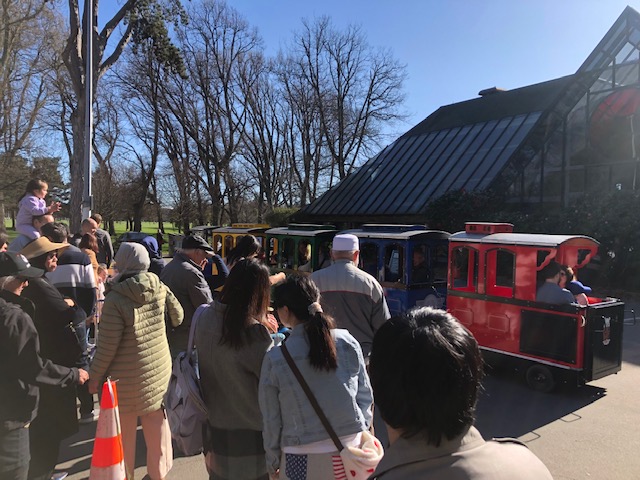 On Sunday the 4th of September the Peace Train rode it's first public laps around South Hagley Park, bringing joy to all of those who rode and watched it. The Peace Train was gifted to the city by Yusuf Islam (formerly Cat Stevens) after the March 15th terror attacks in 2019. Yusuf Islam was so moved by his visit to the city after the attacks and the work that was happening to rise above this horrific act of violence that he donated his chugger train to the city.

“I wanted to make a symbolic gesture in appreciation for the way New Zealand had supported the Muslim community, they had suffered such a day of unimaginable horror,” said Yusuf, who converted to Islam in 1977. “Then I thought about my song Peace Train, and said to myself ‘stop dreaming! Let's get some wheels on the ground’.”

The train will run every second Sunday during the summer months (it can't operate in wet weather). It departs from the South Hagley Netball Courts and makes a loop around South Hagley Park, which takes about 15 minutes. The train is free to ride.

The launch event was a wonderful success with a large crowd, young and old, all hoping to ride the train. There were many supporting organisations, such as the Disarmament and Security Centre, InCommon and Mahia te Aroha present at the event.

There was a good media presence at the event and you can watch footage of the event on Radio NZ here and on NewsHub here.