Christchurch commemorates the victims of Hiroshima and Nagasaki 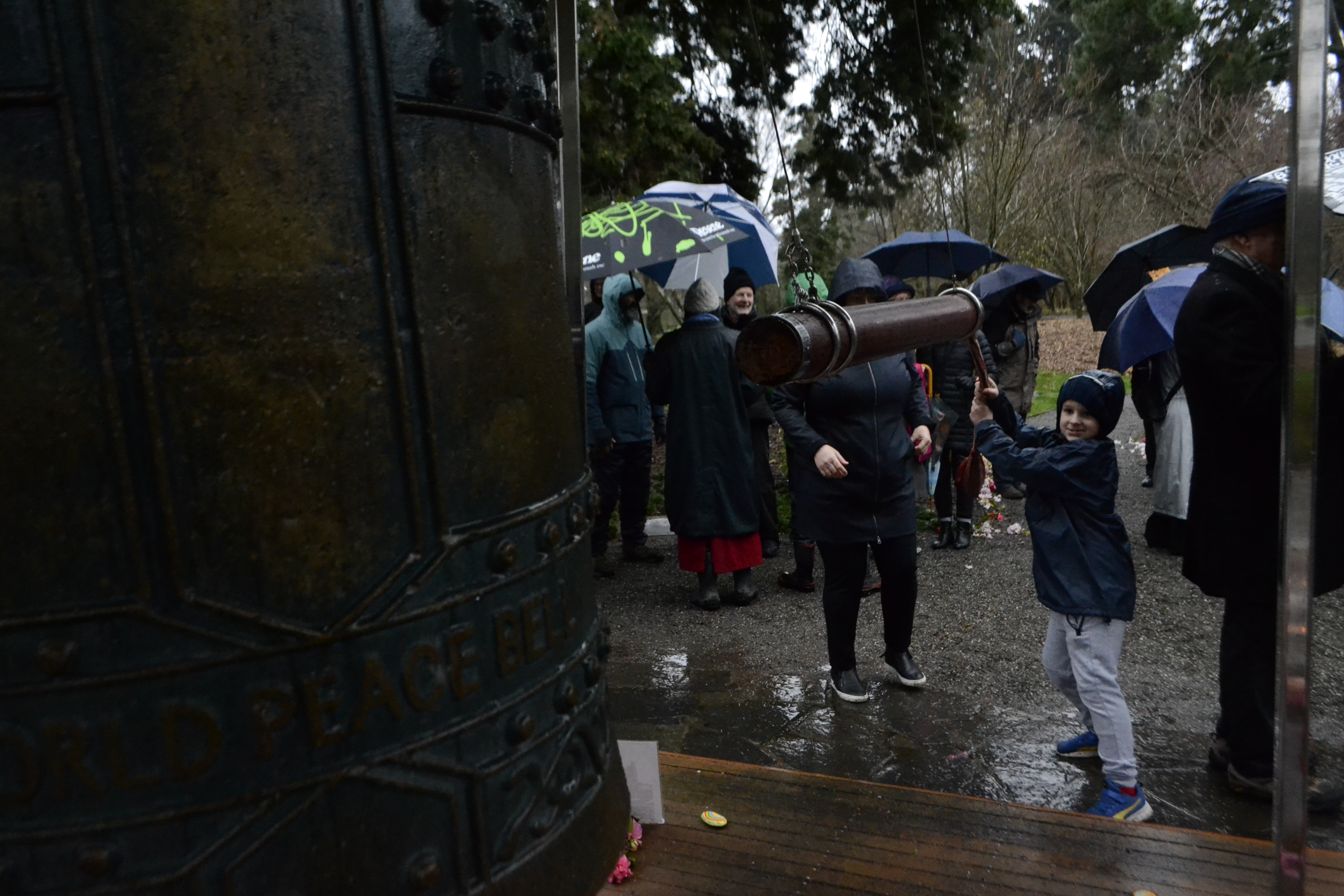 Civil society in Christchurch, a long term peace city in Aotearoa, observed the anniversary of the bombings of Hiroshima and Nagasaki over the August weekend.

Tree[…]
The fading green of your magic emanations shall not make pure again these polluted skies . . . for this is no ordinary sun.

In his remarks, Minister Twyford drew on the relevance of the COVID-19 pandemic as a crisis situation, pointing out that nuclear war would be a crisis orders of magnitude worse than the pandemic that would threaten humanity’s very survival. He expressed the sentiment that the sufferings of hibakusha (atomic bomb survivors) should strengthen our resolve to campaign against nuclear weapons.

Murray Short gave the concluding remarks, expressing appreciation that the Minister is so engaged with peace groups and stating that the memory of the atomic bombings must not fade.

--
Despite the overcast weather and wet conditions, the annual commemoration at the Peace Bell in the Botanic Gardens were held on Sunday 8th August as every year. The ceremony began at 11 am to reflect the time that the bomb fell on Nagasaki. The event was attended by civil society, academics, dignitaries, and public figures MP Duncan Webb and deputy Mayor Andrew Turner.

Exciting news was shared. Kate Dewes announced the news that Elsie Locke, the spearhead of the Christchurch anti-nuclear movement in the 60s, would be commemorated in a new memorial park. Kate pointed out that a placard explaining the history of the peace movement and the peace bell was recently placed by the Peace Bell as well.

The perimeter of circle around the peace bell was flush with banners, including Elsie Locke’s own, shown above. Ever stalwarts of disarmament, the WILPF and the Quakers community were in attendance.

Dr Susan Bouterey from the University of Canterbury’s Japanese department read from the memoirs Bun Hashizume, a hibakusha and survivor of the bombing of Hiroshima. Dr Bouterey translated these memoirs which now form the book "The Day the Sun Fell" . DSC researcher Marcus Coll received and translated the following message from Hashizume to the people of Christchurch. Read the full message here.

"My name is Bun Hashizume, a hibakusha (atomic bomb survivor) from Hiroshima…
I was 14 years old when the bomb hit, and as I was situated just 1.6 kilometres from the hypocentre, I was critically injured. I wrote about this in detail in my book "The Day the Sun Fell".

On that day, I saw people who were burnt all over their bodies, their faces doubled in size, their eyeballs and intestines popping out, and I could not tell their sex or age. These unhuman-like figures wandered around until death came to them."