Live from Vienna: Updates from the TPNW 1MSP 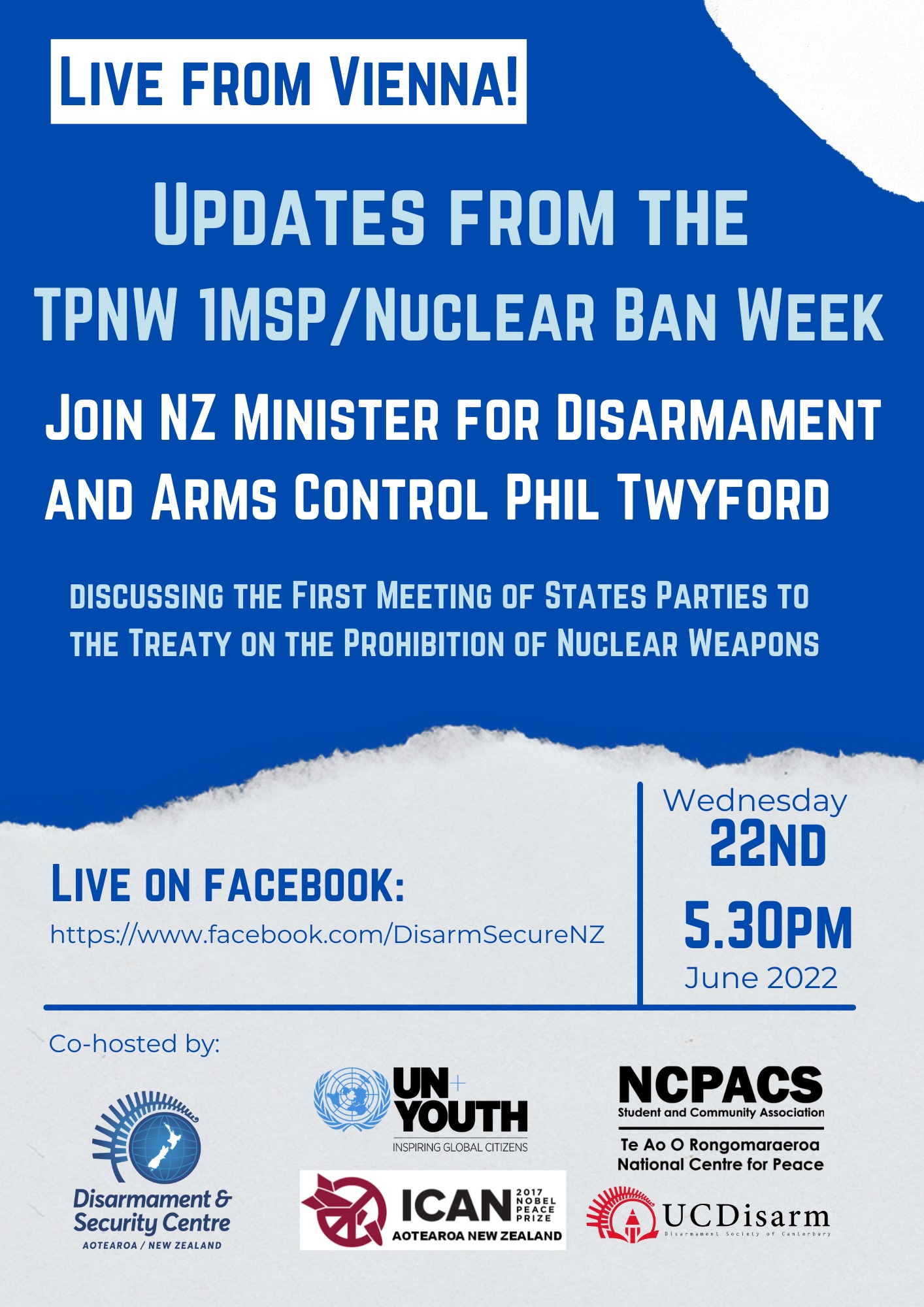 The Nuclear Ban Week is here!

The First Meeting of States Parties to the Treaty on the Prohibition of Nuclear Weapons is happening right now, June 21-23rd in Vienna, Austria. So far it's been an incredibly positive week full of momentum for nuclear disarmament and an action packed schedule of speakers and workshops. The NZ delegation in Vienna has been really active and it's been great to see so much coverage.

For many of us here in Aotearoa New Zealand it's not possible to travel to Vienna for this meeting, but we're eager to follow the progress. Join us, Wednesday 22nd June at 5.30pm where we'll be on Facebook Live through the Disarmament and Security Centre Facebook page, connecting directly to our Minister of Disarmament and Arms Control, Hon. Phil Twyford in Vienna, who is leading the New Zealand delegation to the conference. He'll give us an update on the progress to date, and what is planned for the final two days.

We'll be running a Q & A session so come along with your questions and comments for the Minister, or any of the co-hosts.

This event is being co-hosted by the Disarmament and Security Centre, ICANZ / Peace Movement Aotearoa, UN Youth NZ, the National Centre for Peace and Conflict Studies Students Association and UC Disarm.