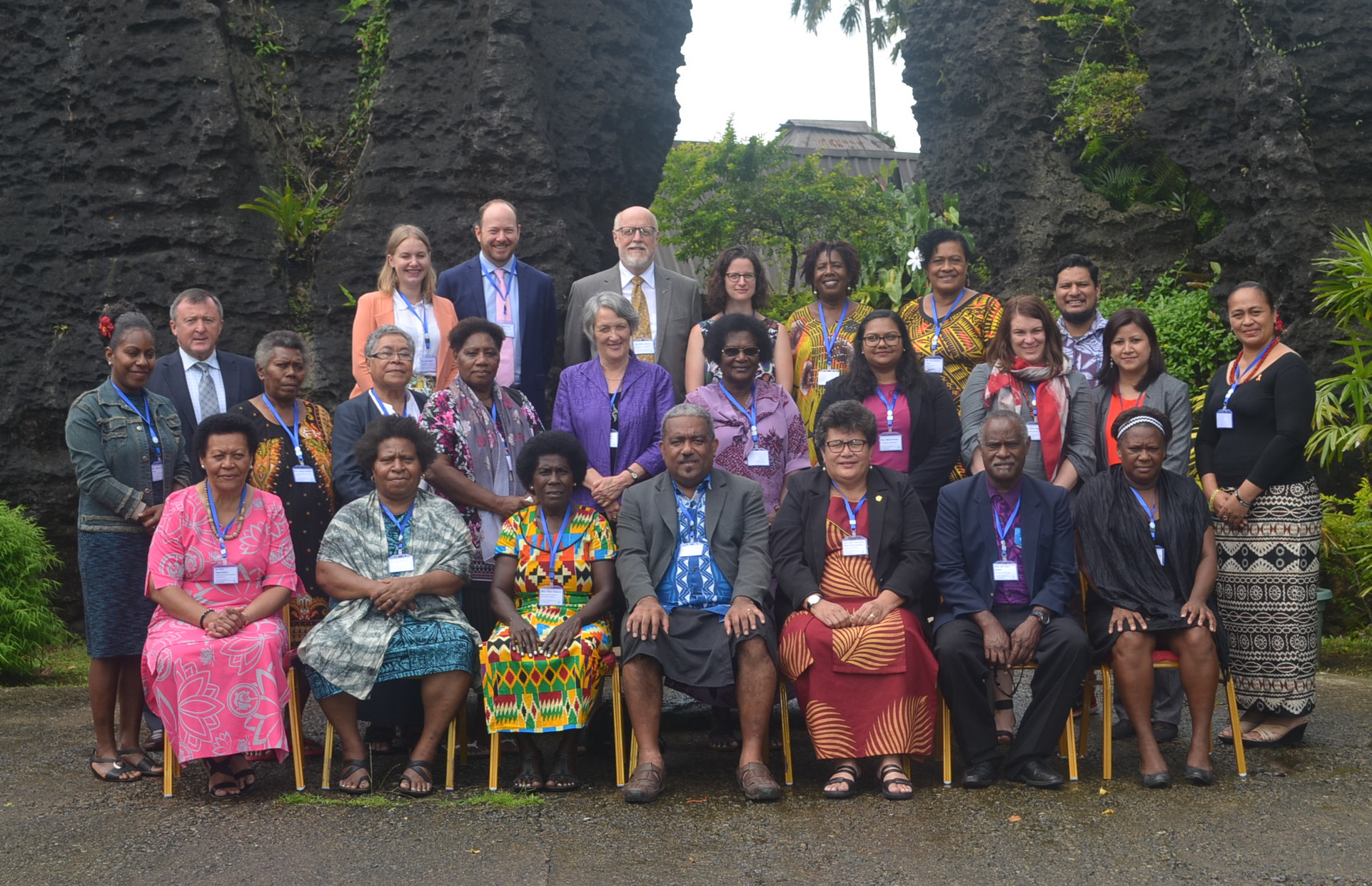 What a privilege it was to gather with leading indigenous women peace advocates, Members of Parliament and some men from the Centre for Armed Violence Reduction, and the Pacific Islands Forum Secretariat in Fiji, November 12-15. Hosted by the UN Office for Disarmament Affairs, the UN Regional Centre for Peace and Disarmament in Asia and the EU, we shared stories of gun violence from a gender perspective and strategized about how to rid the region of small arms and light weapons. There was a strong contingent of women from Fiji, Vanuatu, PNG/ Bougainville, Solomon Islands and Samoa. The sole male MP from Vanuatu has publicly supported his countrywomen’s call for at least 5 women to become MPs in the all-male parliament at the 2020 elections.

There were powerful and heart-wrenching stories by the women from Bougainville and the Solomon Islands about how they led the move to disarm their clans and set up gun-free zones and encourage their MPs to sign the Arms Trade Treaty. I was asked to share some of our experiences during and after the March 15 mosque massacres in Christchurch and many delegates were moved by the stories of leadership by the Muslim community and Prime Minister Jacinda Ardern. I also encouraged participants to lobby their governments to sign and ratify the Treaty on the Prohibition of Nuclear Weapons. Those still to sign include PNG, Solomon Islands, Nauru, Tonga, Marshall Islands and the Federated States of Micronesia.

On the ground, the bad news is the high level of domestic violence against women and girls throughout the Pacific Islands; often over 64%. The women reported that there remains ongoing gun-running between the Solomon Islands and Bougainville. Some hopeful signs in the region, however, include the fact that 12 of the 16 Pacific Island countries protect their citizens with unarmed police and 10 have no military at all. The Pacific Island Forum has recently established a Pacific Mediation Network.

Quite a few communities are declaring gun-free zones and some women are promoting bans on war toys and stopping parents dressing children wearing combat army type clothes. Encouraging signs for the progression of peace in a region which has had a troubled history of gun and gender-based violence.